This post is especially for those folks who always say, “I can’t draw!” When I went to the Drawing International Symposium last year in Brisbane, I learned about a fun way to draw that is more about the process or action of making the marks, rather than trying to capture a photo-realistic image. “Mark making” sometimes refers to doodling dots, scribbles, or patterns, but it’s a also a very inventive way to draw. It’s more fun to show you the possibilities instead of describing them, so take a look at these examples:

David Shrigley’s The Artist is a Roomba face with two markers in its nostrils. From David Shrigley: Life & Life Drawing at National Gallery of Victoria (Melbourne, 14 November – 1 March 2015)

Melbourne-based artist Ben Sheppard collaborated with Vin Ryan on a piece called The Red and the Blue (Westpspace, Melbourne, January 2013). The two artists took turns throwing sharpened blue and red pencils at two wastebaskets placed in front of a white wall. The “drawing” was made by the marks that the pencils made when they hit the wall. 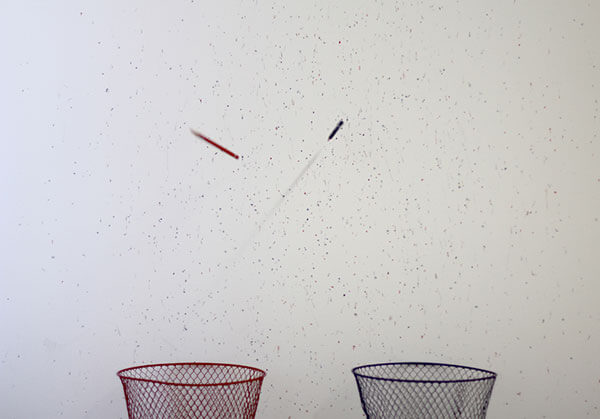 Ben Sheppard is inspired by Dutch historian and cultural theorist, Johan Huizinga, author of Homo Ludens “Playing Man,” who believed that Play is the origin of culture. 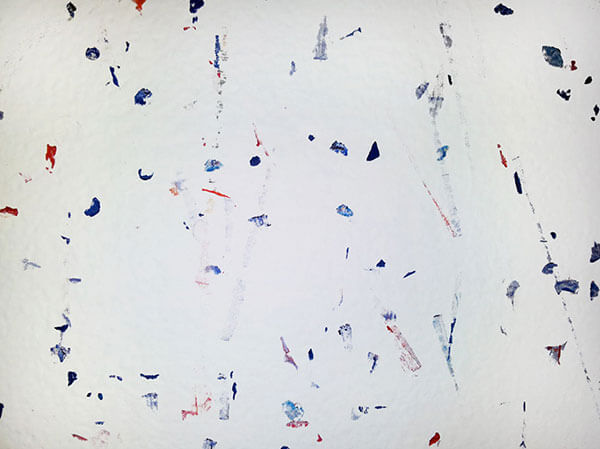 Artist Karina Smigla-Bobinski (based in Munich and Berlin) arguably created the world’s coolest crayon called ADA (which debuted at FILE – Electronic Language Int. Festival / São Paulo (Brazil) 2011). Karina created the sculpture by inflating a large balloon with helium and then attaching 300 sticks of charcoal to its surface. Watch how it draws as it floats around this space: 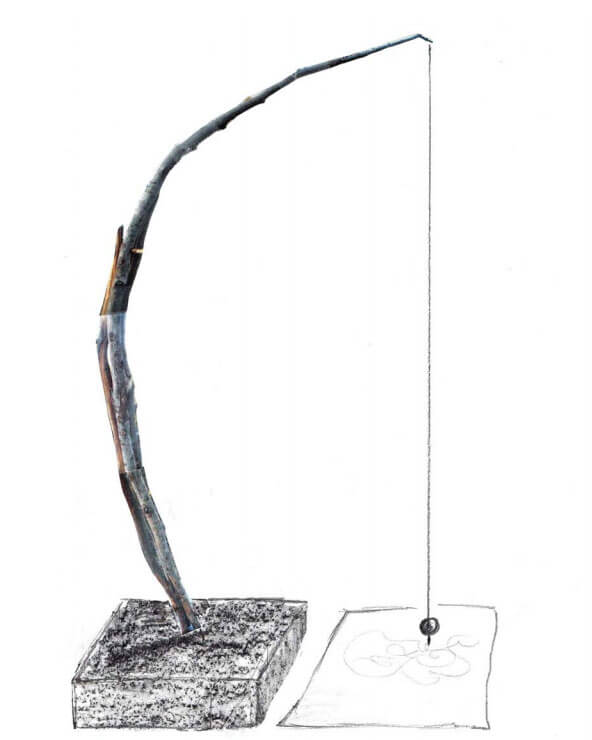 Patrick Shirvington sees the act of drawing as a way of reconnecting with the world around us. 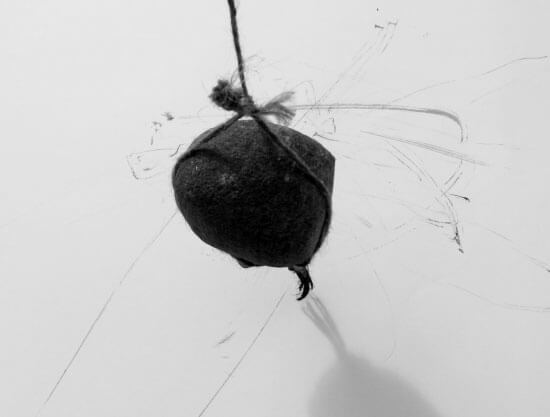 The Kirkkonummen kuvataidekoulu School of Art in Finland made this video of an artist doodling while rolling on a skateboard: 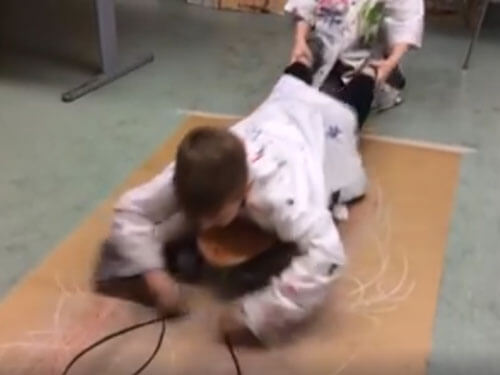 Marble Painting is a wonderful idea from The Artful Parent, an awesome kids’ art website:

Video from The Artful Parent

I hope I’ve inspired you to try drawing differently. Mark making is perfect for anyone who thinks they “can’t draw”or obsesses about creating a “masterpiece.” Give it a go!