Do you think you could draw a comic in 24 hours? Of course you could! One of our favorite artists, Sarah McIntyre, co-creator of several books with Philip Reeve, including Pugs of the Frozen North and Cakes in Space, took the 24-Hour Comic Marathon challenge for the Lakes International Comic Art Festival in Kendal, England. The challenge was originally set by Scott McCloud, cartoonist and author of Understanding Comics, a creative bible for many comic artists. Dan Berry, cartoonist and program leader for the illustration program at Wrexham Glyndwr University in Wales, organized the challenge for the festival, inviting 6 artists including Sarah, Joe Decie, Kristyna Baczynski, Fumio Obata, Jack Teagle, Warwick Johnson-Cadwell, and contributed a comic himself. These were collected and published by Fanfare Press as 24 by 7: One Day, Seven Artists, Seven Artists, One Book. Sarah’s comic is called Scribble.

Sarah’s comic is the humble story of a Scribble named Jamie, a discarded doodle who [spoiler alert!] later finds fame and friendship. Here’s a few of the pages from her comic below: 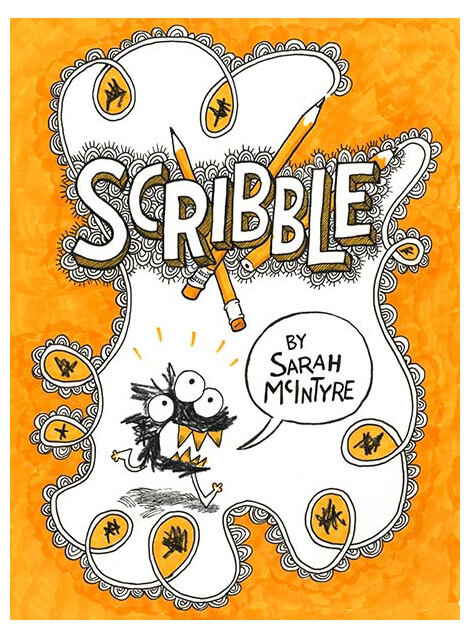 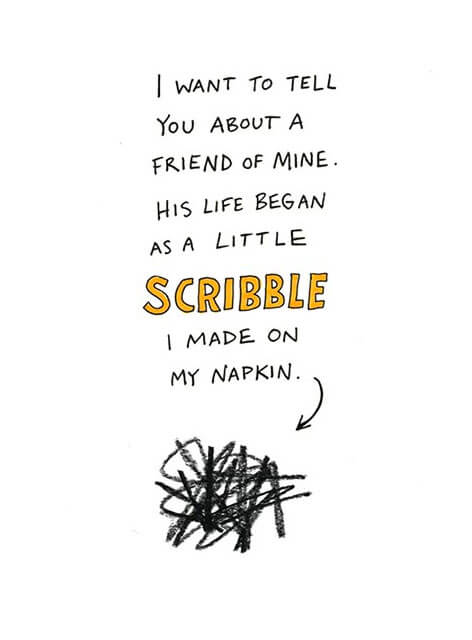 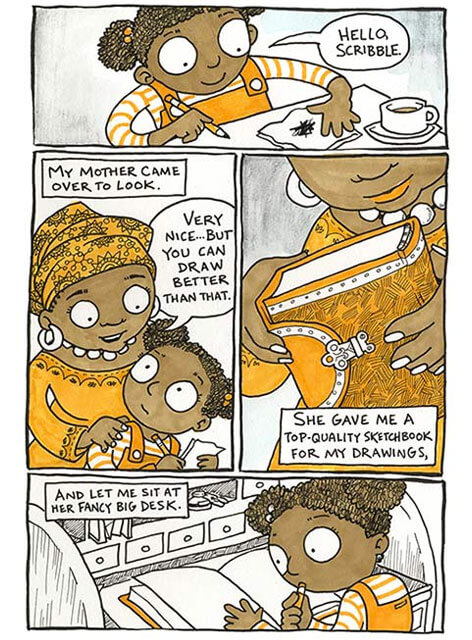 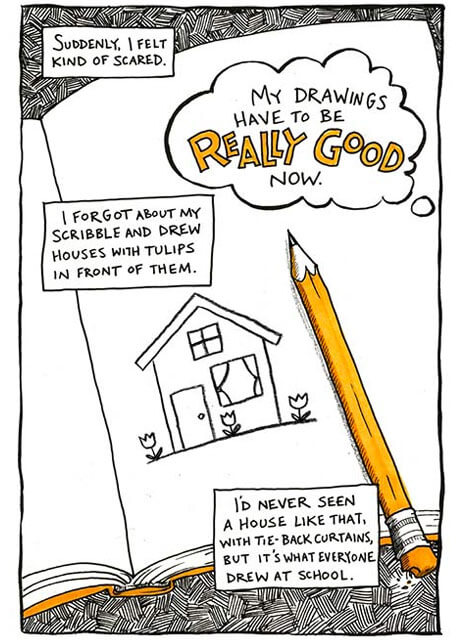 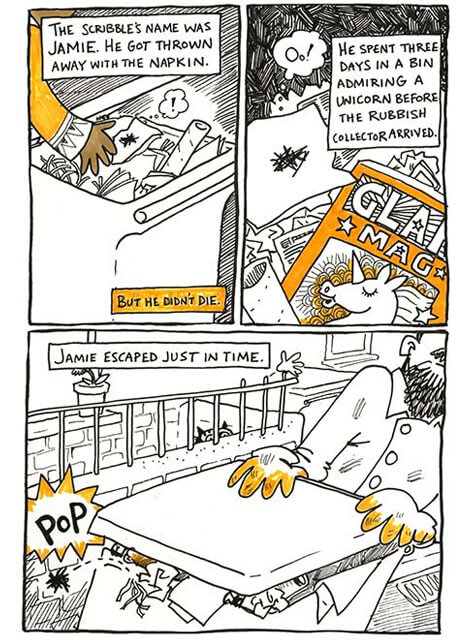 I can relate to this story because so many times, we expect to create “masterpieces” whenever we draw, and scribbles can seem like throw-aways. A fancy journal can make us feel more precious about what we create in it — adding extra pressure!

I think it’s important to allow ourselves the freedom to create scribbles and not worry too much about whether the results are “keepers.” We all start with a scribble, but by scribbling again and again, we get better and better at drawing.

See more of Sarah’s comic Scribble here. Sarah also sets drawing challenges on twitter via StudioTeaBreak : Shape Challenge and Portrait Challenge. She was a guest on our own Weekly Doodle Challenge, too.

All images by Sarah McIntyre and used with permission.